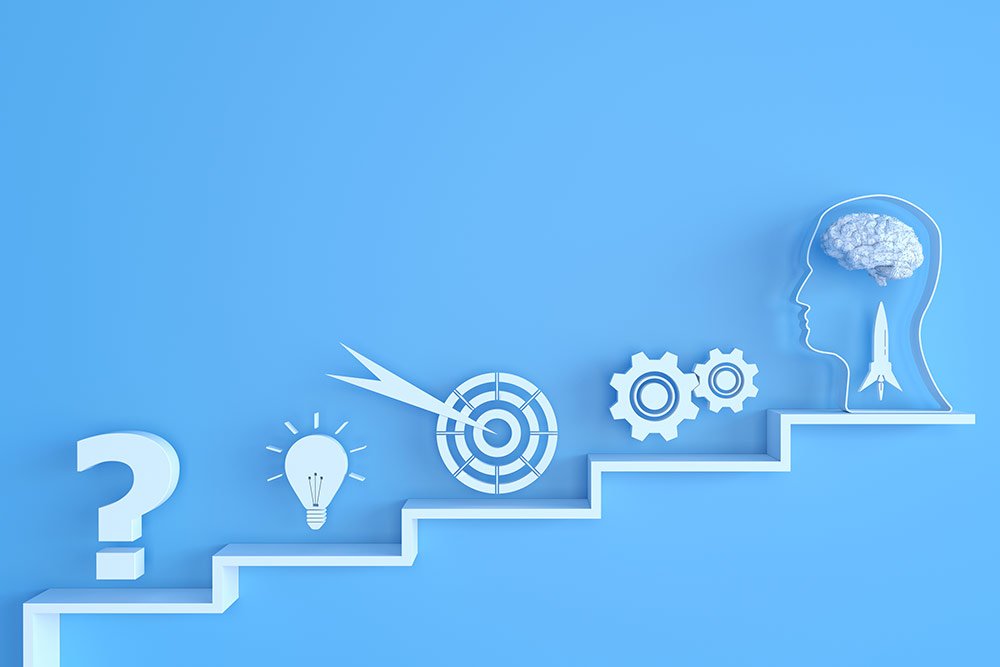 There are no bad ideas. Once you can accept that simple phrase, you will be open to anything that comes in your direction. When we pre-judge the things that we hear, or we listen to the skeptical opinions of others, we are no longer allowing our minds to remain open.

People are not scripted. People do not all think the same way. When someone offers a suggestion that may to most people sound ridiculous, hearing that suggestion or idea could be the springboard to something much greater. The converse is also true. If we do not listen to that person’s idea, we may overlook our next great opportunity.

It costs nothing to listen to the ideas of others. No, there are no bad ideas. Only good ones we overlooked.

A lot of ideas have not worked for me. But every idea – whether it resulted in success or failure – has taught me something valuable. Throughout my career, I’ve had several businesses. In many I was inspired by great ideas, in others, I suffered the defeat of bad ideas. But, to this day, I have never once regretted hearing the ideas and suggestions of my mentors. Although I was resistant to admitting it in my early life, the majority of the time, my mentors were right.

Never ignore ANYTHING people have to say. Prior to opening my company, and before I was a business coach, I was a criminal trial lawyer. If I went into trial with a preconceived script – making assumptions as to what a witness will say in court, I would have missed the little things that a witness said that changed the direction of the trial. I learned that actively listening to people was the most important thing I could do.

I learned this lesson as a young lawyer. I was in a pre-trial hearing, and the defendant was charged with stealing a number of Armani suits from a department store. He pled not guilty and was ready to go to a hearing. As I was asking him questions, I was checking off the answers as expected. One by one, I asked him questions to which I knew he was going to lie.

In the middle of questioning, I blurted out, “I am a poor prosecutor. I don’t even know what an Armani suit looks like.” The defendant immediately opened his jacket and said, “I am wearing one now.” To this day I wish my statement was intentional, but it was accidental, I admit. At that moment I realized that if I had not been actively listening, I would never have heard him confess that he was wearing a suit that was in fact tracked back to the crime.

I learned to listen to everything.

I have found that, during the time period when a business is beginning to fail, management and owners tend to panic. Panic will suck you dry. You will have no energy left, and your choices and decisions will no longer be rational. Instead of panicking and grasping for things to hold onto as you plummet, step back and focus on your direction. Yes, this sounds easy to write, but in practice it is extremely hard. Like every business owner, I have lost sleep when my business stopped moving or began to descend.

These are the times when you need to put your foot down and tell yourself to stop panicking. My mentor once told me that the worst problems in the world are the problems we imagine. Why? Because we imagine that they are the worst. When we are panicked, our imaginations take over. Stop that from happening by getting help.

Reach out to your mentors or coaches for their suggestions and ideas. They will have much more clarity of thought than you. Force yourself to make the time to stop panicking and reach out to your resources. As you scramble to keep your business together, without the infusion of new creative suggestions or ideas, you are going to have a lot of time on your hands when your business shuts down.

For those of us who live gig to gig, time is not always a commodity. We are always unemployed between gigs. If you allow a downturn to get in your way, unemployment will become permanent.

I prefer to make the time now than wait until available time catches up to me.

Most of my clients who I consider to be great entrepreneurs – or have entered the gig economy – recognize one simple truth: They became an entrepreneur in spite of everyone around them telling them that they should do something more traditional. If you are truly an entrepreneur at heart, you went against the grain and did something different. So, ask yourself, “Where did your blinders come from?”

If so, go back to your roots. Remind yourself that you had the guts to do your own thing and set yourself apart from the rest of the pack. Most of the time we do not put blinders on intentionally. They grow on us. Sometimes, we don’t even know it’s happening. But, taking them off is something we can intentionally do by reminding ourselves who we are, and how we got to this place.

Remove your blinders by listening to the people around you who support you. Whether you are listening to family members, coaches, mentors or people who have been in your position, actively hear them. Stop believing that you are in this alone. Stop believing that you do not need help. You will be no less of an entrepreneur if you seek the assistance of someone smarter, seasoned or wiser.

And once you have listened, act. Nothing will happen unless you make it happen.s